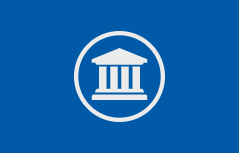 Today, the portal, which grew out of the political crisis of 2016, has become the flagship of Estonian e-democracy, a stimulator of open governance, that helps to empower local democracy and provides an example of public sector innovation for all of Europe.

Rahvaalgatus.ee provides a gateway to Estonian legislation for the people of Estonia.

The web portal (Rahvaalgatus.ee), created by the Estonian Cooperation Assembly in 2016, is a citizen initiative portal that connects the citizenry, the Riigikogu, and local governments. It enables people to implement their right to submit collective proposals conveniently by making political decision-making processes more transparent and dialogue more open.

Submission of collective appeals to the Riigikogu

In 2014, the Riigikogu passed an amendment, which obligated the Parliament to process appeals with at least 1,000 signatures and to discuss them in a committee of the Riigikogu. As of 2016, the digital infrastructure designed by the Estonian Cooperation Assembly enables the public to conveniently realise their right to make collective appeals kollektiivsete pöördumiste õigust, thereby making the work of the Riigikogu more transparent and dialogue more open.

As of August 2020, people have been able to initiate discussions and make collective appeals to local governments on local government initiative website. This is a civil right prescribed by law, and making the implementation as simple as possible encourages the residents of rural municipalities and cities to participate more actively in the discussions and decision-making processes related to their places of residence.