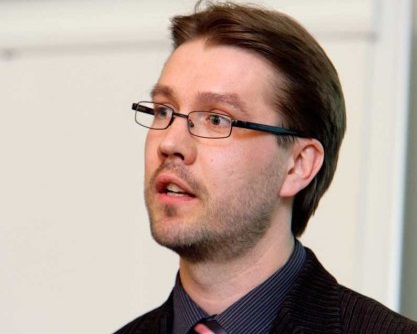 The Council of the Foundation Estonian Cooperation selected the Editor in Chief of the Human Development Report to be issued in the spring of 2017 from two candidates – the draft submitted by urban and population geography professor Tiit Tammaru was chosen. The draft considers global Estonianism through migration, demographic processes, socio-economic developments and culturological effects.

The newly-appointed Editor in Chief Tiit Tammaru explains more: “Challenges related to migration are real today across Europe. In addition to the migration crisis, living, working and studying in another country is more and more commonplace. With co-editors Raul Eamets and Kristina Kallas, we wish to contribute to directing the emotional debate over migration and changing Estonianism towards a calmer form. In the Human Development Report, we wish to explain the changes taking place in Estonian migration and discuss what kind of language and cultural effects it brings.”

“The publication of the Human Development Report has always been an anticipated event, as it analyses the choices of Estonian development directions and makes compelling proposals for the future,” assures David Vseviov, Member of the Board of the Foundation Estonian Cooperation Assembly. “In light of the current mass migration, the focus on open Estonianism will remain a current if not even burning issue in the near future,“ Vseviov adds.

The working group of the Human Rights Report that will be published next year in Estonian and English includes chapter editors Allan Puur, Rein Ahas, Anu Realo, Anna Verschik and Marek Tamm. In addition to the University of Tartu, the research institutions involved include Tallinn University, Institute of the Estonian Language and Tallinn University of Technology.
The Estonian Human Development Report is unique, as it brings together a dataset and descriptions of the Estonia’s socio-economic development compiled by the most renowned scientists of the Republic of Estonia. The report is a faithful reflection of the Estonian reality and can be the basis for the actions of decision-makers in politics, the economy and other fields.

Foundation Estonian Cooperation Assembly has published the Human Development Report since 2006, and it is issued every two years.