The editorial team of the Estonian Human Development Report on global Estonianism, which will be published in the spring of 2017, includes prominent figures such as Tiit Tammaru (Editor in Chief), Raul Eamets, Kristina Kallas, Allan Well, Rein Ahas, Anu Realo, Anna Verschik and Marek Tamm.

Tiit Tammaru is a Professor of Urban and Population Geography at the University of Tartu, and Editor in Chief of the Human Development Report.

Tammaru’s main research topics are migration, residential mobility, multinationalism, ethnic and socioeconomic segregation. In 2011, his research was awarded the National Science Award. As well as his working group colleagues, he is one of the most quoted researchers of migration and urban issues in Eastern Europe. 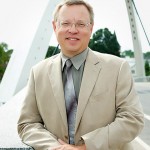 Raul Eamets is a Professor of Macroeconimics of the Faculty of Economics and Business Administration of the University of Tartu, and co-editor of the Human Development Report. 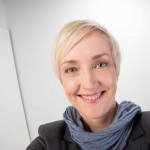 Kristina Kallas is Director of the University of Tartu Narva College, and co-editor of the Human Development Report.

Kristina Kallas’s research topics examine the immigration policies of multi-ethnic states and changes of ethnopolitical legislation habits. Kallas has previously worked as the head of the NGO Pagulasabi (Help to refugees). 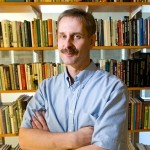 Allan Puur is a leading researcher at the Estonian Institute for Population Studies at Tallinn University. Allan is responsible for the chapter that considers demographic changes and migration in Europe and Estonia.

In his research, Allan Puur focuses on the core components of the Estonian population science: birth behavior and intentions, cohabitation patterns, intergenerational relationships, mortality and health. An important area of research is also the demographic behavior of population of foreign origin in the European context. 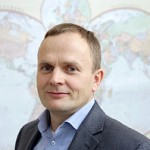 Rein Ahas is a Professor of Human Geography at the University of Tartu. In the Human Development Report, Rein is responsible for the multinationalism chapter.

Rein Ahas researches the new forms of human spatial mobility on the basis of innovative mobile positioning data. His research topics include, inter alia, transnational migration and multinationalism, the spatial activity of people that come to Estonia for a short time, and national segregation in cities on the basis of the whole activity area (home, work, leisure) scale. In the last three years, Ahas has been a research professor at the Estonian Academy of Sciences.

Anu Realo’s main research topics are personality and personality attitudes, emotional experience, social capital, values and subjective well-being. Her recent research also includes the cultural and genetic impact on the development of personality. Anu Realo has published more than 120 scientific research articles in international journals and publication sets. In 2010, Anu won the Estonian National Science Award for the research cycle “Personality and stereotypes in a cross-cultural perspective.” In the last three years, Realo has been a research professor of the Estonian Academy of Sciences.

Anna Verschik is a Professor of General Linguistics at Tallinn University. Anna is responsible for the chapter on interconnection of immigration, language and language change.

Verschik’s main research topics include sociolinguistics, Estonian-Russian contacts, Yiddish in the Baltic states, the linguistic environment in the Baltic states, multilingualism, heritage languages and ethnic dialects. She attained her general linguistics doctor’s degree at the University of Tartu. Since 2009, she has been a member of the Estonian Language Council.

Marek Tamm is a Professor of Cultural History at Tallinn University. Marek is responsible for the chapter that deals with Estonian cultural changes in an open world context.

Marek Tamm is a Professor of Cultural History at the Tallinn University School of Humanities, and he is also a Senior Researcher at the Archaeology and Art History Centre. His main research areas include the history of Estonia (12th-13th century), medieval European cultural history, cultural and historical theory, and cultural memory research.